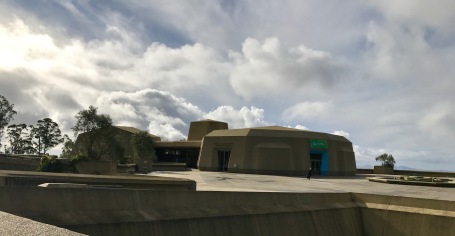 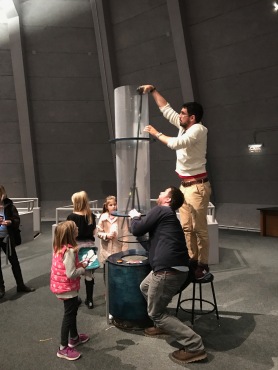 It’s Sunday afternoon and I’m back home after a week away.  My bags are unpacked, clothes all washed and dried. I’ve had enough to eat without leaving home today  even if it is sunny, cool and welcoming outside.  I have a tense thriller on my tv screen, The Accountant.  At the moment it’s so tense that writing is a welcome distraction.

As I sit here, on my couch adjusting to life back home there’s this perfect moment to makes sense of my week away while my time in Berkeley is fresh.  It won’t be as fresh when I leave the confines of my home and  return fully to home life.

So this is what I loved about being away:

I loved the Berkeley City Club, the historic hotel I lived in for the week.  The hotel is beautifully preserved from the early 1900’s.  Early morning breakfasts with Brazilian background music from the soundtrack Something’s Gotta Give might not fit exactly with the hotel but I’m sure that if you were with me, we would have a exchanged that shared secret of recognition. But alone and with company by the second day, it was wonderful.   So many beautiful rooms in this hotel.  all except the bedroom.  Now that’s a place I needed a TV and more modern style accommodations. Maybe that’s your influence, but there’s no going back.  🙂

Now for the people:

The workshop was fascinating.  Two full digital classrooms ran simultaneously.   Our room was filled with 14 men and 4 women- refreshing and stimulating  to be in this unique minority 🙂  Our full group of journalists had all made the move to video. Many owned a VR 360 camera, worked with Premiere software and were itching to learn how to createVR  360 stories.  Me, I wasn’t committed yet.  I was there to explore but I’m not sure I am itchy to dive in yet. I know that seems surprising.   It’s a brand new technology.  There are high end cameras used for commercials and gaming.  There are low end cameras, simpler, cheaper with lower quality resolution.

The  two young women who led our new course have been learning and working in 360 tech for the last 9 months and this was their first week-long 360 storytelling experience.  We sat at tables, in small groups for the entire 4 days. My trio:  Marcelo, a tv producer from Brazil, George, a journalist/documentary filmmaker from the upper West Side of NYC and me, easily could have been their mom in another lifetime but they never treated me without anything up equality and respect.

On Tuesday, on our first sunny day our  360 teams were sent out on a shoots set up for us to play with the cameras and create assets to create short 1 minutes 360 movies. Our t   We interviewed a marketing expert at the Lawrence Science Center on a beautiful morning with kids actively participating in room after room but we were well prepped and knew to keep our focus to just one room- Design Space.  Both George and Marcelo were expert in setting up a shoot of this nature and I was happy to follow their lead.  After watching videos on day 1 and getting a sense of how the process worked on computers it felt good to be in the field figuring out the best way to set the sound a video equipment on this gorgeous day, in this welcoming space.     We left the museum with just enough assets to work on a short, 1 minute video.

Back at in our classroom for the afternoon and the most of day 3 and the morning of day 4,  our  focus shifted to learning the critical technique of stitching and  then  creating one short 360 video. After all, most cameras  don’t move in a full 360 circle. Most of the expensive rigs include 10 small Go Pro cameras, or 6 or 4 or 2.  So you have to use software to stitch the video pieces together and it was complicated, moving from one piece of  wonky, expensive software to another. George actually had one of the single 360 cameras with him, the Ricoh Theta and back home, Marcelo had a Samsung to experiment with. This very complicated technique was not necessary for either camera.  It would have been better if I didn’t know about these single 360 cameras or that everyone felt that even learning stitching would not be necessary in a year or so.  Hmmmm…. I started reading reviews and working my video piece that I needed to get finished by next week.  So as I worked on my own project, I made sure to keep up with George and Marcelo and some of the other 360 explorers.

I was happy to be with journalists but oh how I missed my NWP digital pioneers.  This felt so much like the excitement and frustration of Teach Matters ’06 in Chico, CA with 25 pioneers sweating through a full day in a computer lab, hanging in even when the AC turned off in late afternoon.

What was missing here was writing time to create stories, to reflect on the process, to share more to create a larger community beyond our teams. I missed that but when I did suggest writing for reflection, the young leaders were thoughtful about my feedback.

And now for one last reward:

As I sat in the hotel dinning room on day 2 after a wonderful evening with the NWP leadership team eating together in a new restaurant, Saha, I wondered who would I share my evenings with.  As I poured a second cup of coffee, a woman nearby sat with a book and breakfast, and with just a small bit of small talk we discovered that we were both enrolled in video courses in the same program.  Rebecca from New Zealand was just up the stairs in a basic video production workshop.  We began sharing breakfast each morning, walking up and back to class and eating dinner each night at Saha.  Five dinners in Berkeley and I ate 4  at the same spot.  On the last night the chef/owner came to our table and treated us to desserts and coffees and thanked us for coming.

With Rebecca, we spoke very  little about video.  A journalist from New Zealand, Rebecca was leaving our week at Berkeley to travel by train first to Iowa and then to Michigan to interview a variety of Americans about Trump and the inauguration, making sure that she heard from supporters and opposition.  Our conversations were all political.  Yes, T, you would have LOVED our conversations.  Rebecca is very engaged and smart. In fact, I hope we meet again.  I hope she keeps me updated on her journey.

So, will I get  a 360 camera and play with it?  Will I consider how I might use it in stories I want to tell?  Of course, but I am using self-control. I don’t think 360 storytelling is ready for prime time for me.

So, my lights are on and as the sun falls for today, I’m ready for Sunday evening tv- Homeland begins, the Young Pope, 60 Minutes of course…

Happy to be home,